To forward this newsletter via social media, copy and paste this link:
https://www.cellphonetaskforce.org/wp-content/uploads/2021/08/Appeal-to-US-Supreme-Court-Being-Prepared.pdf

In the fall of 2018 the City of Santa Fe, New Mexico awarded franchises to five telecom-munications companies for the purpose of placing both fiber-optic cables and 5G antennas in the streets and on the sidewalks of our fair city.

Immediately the Santa Fe Alliance for Public Health and Safety, which has been working against wireless technology since 2005, hired an attorney and filed a lawsuit against our city, our state, and the United States of America.

Today, two years and eight months later, there are still no 5G antennas on the sidewalks of our city. Everyone — the Alliance, the government defendants, the citizens of Santa Fe, those that are watching around the world, and the telecommunications companies that hold the franchises — are waiting to see whether our lawsuit will succeed.

Other organizations are also in court trying to stop 5G. Both the Environmental Health Trust and Children’s Health Defense are doing excellent work and have sued the FCC over its recent orders facilitating the rollout of antennas. But regardless of the outcome of those lawsuits, the fundamental problem will remain, and 5G antennas will continue to be built, as long as the federal law that the FCC administers remains in place. That law is the Telecommunications Act of 1996, and the provision that has been strangling all opposition to cell towers for 25 years is Section 704 of that law.

Section 704 prohibits states and local governments from regulating cell towers on the basis of the environmental effects of radio-frequency radiation, and for 25 years, “environmental effects” has been interpreted by the courts to mean “health effects.” Since 1996, no city in the US has been permitted to protect the public from the radiation, or even to hear testimony about the health effects of cell towers. No lawsuit for injuries or losses caused by cell towers has been permitted to go to trial in any court. A large class of environmental refugees continues to grow as thousands lose their health, their homes and their businesses every day.

Ours is the first organization to sue a city to stop 5G antennas from being built on its sidewalks. Ours is the first lawsuit ever filed that challenges the notion that “environmental effects” means “health effects.” And ours is the only lawsuit that is challenging the constitutionality of Section 704 of the Telecommunications Act of 1996. We are suing to force our city and our state to protect our health, and we are asking the courts to declare that Section 704 is unconstitutional and invalid because it deprives people of life, liberty and property without due process of law.

On May 27, 2021, the Tenth Circuit Court of Appeals in Denver decided against us, making our case ripe for appeal to the United States Supreme Court. We have retained two law firms, one on the east coast and one on the west, to draft the petition for certiorari and argue the case if the Supreme Court agrees to hear it. Both law firms have experience in constitutional and environmental law. We will also be soliciting amicus curiae (friend of the court) briefs from organizations and governments. Our petition for certiorari must be filed in the Supreme Court on or before October 25, 2021.

Our complaint against the City of Santa Fe, the New Mexico Attorney General, and the United States, originally filed in the district court in 2018, is here:

This important effort will be costly. Donations in any amount are welcomed and are tax-deductible for US residents. DONATE


VICTORY, AT LEAST FOR NOW, IN ITALY


In my last newsletter, I reported that there had been an 18-day hunger strike against 5G in Italy and that the Alleanza Italiana Stop 5G had delivered 340,000 signatures to the Minister of Health asking for a moratorium on 5G and the Internet of Things. The exposure limit in Italy for radio-frequency radiation is 6 V/m, which is ten times lower than in most of the western world, and 5G cannot be deployed where the exposure limit is that low. Therefore the Italian Parliament was proposing amendments to the National Recovery and Resilience Plan that would have raised the exposure limit to 61 V/m, which would be in line with most of the rest of Europe.

On July 29, 2021, the Alleanza announced that their petition has been successful. On July 13, during the week of protests, Parliament rejected the amendments and voted, at least for the present, to keep the exposure limit at 6 V/m. SMART FOX

In Lakeville, Minnesota is the Save a Fox rescue facility that rescues foxes from the local fur farm and elsewhere and prepares them for adoption. When a mother fox at the fur farm rejects one of her babies, or when one of their foxes becomes disabled or sick, they give it to Save a Fox.

One day last year, Mikayla Raines, the founder of Save a Fox, was preparing to do a yoga exercise and she set her smartphone on the ground to film her while she did her yoga. Along came one of her foxes, grabbed the phone, ran a long distance away, and dug a hole in order to bury it. This is a picture of the fox:

And this is the video that was captured by Mikayla’s smartphone while it was being carried in Dixie’s mouth:
https://www.youtube.com/watch?v=cB6WbkPeRbU.

The last 22 newsletters, including this one, are available for downloading
and sharing on the Newsletters page of the Cellular Phone Task Force.

Some of the newsletters are also available there in
German, Spanish, Italian, and French.UnsubscribeI

Astrology meets Geopolitics: Laura examines current aspects and energetics. Mercury slows and stations Direct, Uranus, known in Astrology as The Great Awakener, brings sudden change, revolution and many surprises. There may be short term chaos but the energies settle down in December as we move into the heart-centered Age of Aquarius! ~PB


Toss a Coin to PIR: https://paypal.me/PhoenixRisingRadio

Music in this video 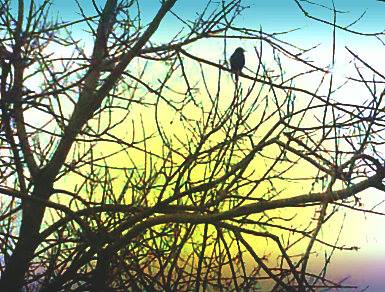 Emissary of the Aeon Sophia (Wisdom):
All

Emissary of the Aeon Thelete (Will):
Ian, The Wind of the East

Sabian Symbol for the Solar-Lunar Day:

Earth – 26 Degrees Sagittarius “A Flag-bearer in a battle.”

Sabian Symbol for the Solar-Lunar Year:
“a woman’s hat with streamers blown by the east wind”

For the Sun:
Winter frost in the woods shows life in its dormant stage. You cannot force growth, but you can prepare for future growth by getting rest and recharging your batteries. Call it a calm time before a time a great expansion. Consider what you are preparing for and be ready for it.

For the Earth:
The flag bearer is the one out at the front waving the flag in battle. They are a target by the enemy, if for no other reason, because they are the loudest and the most colorful. They are the person leading the charge, that the rest of the army are following. These others are looking to you, for the courage you show for your convictions.

Mantra for the Second Renaissance and the Return of Wisdom

All roads lead to Liberty.

Sophia ke Thelete acousome.  Wisdom and Will, let us attend.

Permission to repost is granted provided credit is given to www.oraclereport.com. 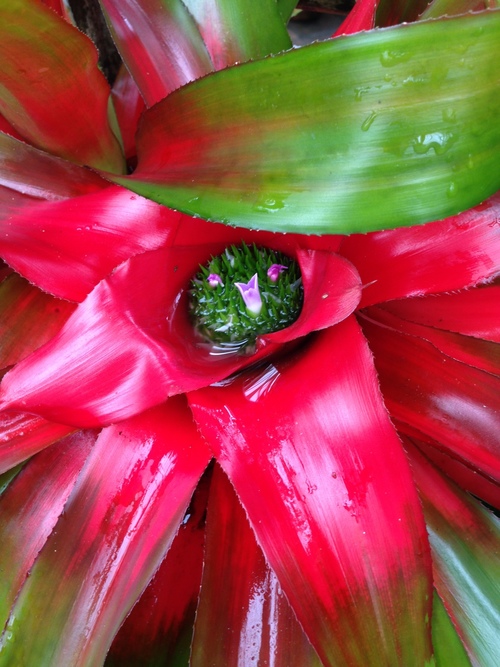 TAKEN BY WISE OWL LAWRENCE AT THE SAN FRANCISCO

God of Will: Ian (God of The East)

Skill: experiment with the field of consciousness

Catalysts for Change: off the path or lost, reliance, greed, mistrust, refusing help, illusions and distortion of thoughts, manipulation, blocking sensitivity, social expectations that are out of alignment with who one really is, judgmental of self and others, refusing to try a new way, lack of support

True Alignments: breaking out of restrictions, bending time, people having the same ideas (maybe at the same time), empathy, sensitive to others’ feelings, waiting for the way to be clear, guidance, discoveries, observant, abundant supply

Sabian Symbol for the Lunar Month: “a mature woman reawakened to romance”

Sabian Symbol for the Solar-Lunar Year: “the music of the spheres”

Jupiter advances to the 18th degree of Leo today, with the energy of the Sabian symbol “a chemist conducts an experiment for his students.”  Also within today’s energetic signature are things like time, space, distance, and frequency being more malleable.  Good experiments today would be “bending”  or “stretching” time when more is needed and practicing non-local communications (sending a message to someone who is not in close physical proximity).

There is also the continuing experiment of “letting it be” when something “negative” develops.  We can listen to what Spirit has to tell us.  Gaining insight, we adjust our mindset to focus on a better development.  The more we try it, the easier it becomes because we have proof and precedent that it does.

Some would label this as “magical thinking.”  The true term is “shamanism” because it is undertaken in collaboration with Spirit.  It is a dance, a mission, a nighttime gathering around the fires of the Sun, an expression of art, and a creation of love.

In honor of the quest for knowledge that Jupiter incites, let’s directly engage the field around us in experimentation today.  Try to change it with your mind — in other words, your thinking.  If something unsatisfactory starts to happen, let it be.  Don’t feed in to it.  Return to ease.  Listen for the wisdom in the situation.  This negates the progression of whatever is happening.  Then start thinking about notions of a better outcome.  Picture it in your mind if it helps.  It also may help to view it all as if swimming in currents.  We are immersed in electrical current that responds to charges, so it may help to see it this way.  We can fluidly flow into different currents.  We don’t have to slam into things.  The experiment can be conducted with anything – big things or little things.

The Moon will make conjunction (come to the same place in the sky) with the Galactic Center at 2:26 pm ET/6:26 pm UT.  This is (literally) a stellar time to declare commitment to the “ideals of greatness” that we hold for ourselves and our world, and to give thanks to higher powers.  In other words, it is a good time to “tap in” to higher consciousness.  Since we are in the Full Moon phase for this, revelations, insight, and clarity are powerful because we have Full light.

Full light can blind some people and cause them to recoil.  We are patient within the process, understanding that nothing less than an alchemical change is happening for everyone.  We strive to maintain respect for ourselves and all life – even more so when others do not.  This may be an “even more so” kind of day at times.  This just gives us even better data with the “experiment.”  We can see if, in fifth dimensional consciousness, the harder something is to do, the faster the new results or outcomes arrive.  It’s worth a try, isn’t it?

The Goddess of Wisdom Tara is on duty to guide anyone who asks.  The God of The East, Ian, is on duty to bring forth the new.  We have quite a team.

(Note: Andrew has developed a 2-question survey in advance of this month’s “Parliament of Wise Owls” recording.  If you have a question or comment, you can  CLICK HERE to send it to us.)

Thank you for supporting The Oracle Report!