I am not familiar with Neon Revolt, but somehow came across Part 2 the other day, and today, listened to Part 1, where he explains his disillusionment with Trump and the Q movement, due to the unexpected and disastrous impact of COVID-19, the FEAR agenda, the Civil Unrest and riots under the guise of “Social Justice”, and other factors that have destabilized (or crashed, as he says) the changes to the Federal Reserve and endless digital printing of money to pump up the economy, despite “The Plan”, the Looking Glass Technology, and the momentum that was building, until it came to a screeching halt in March.  Why hadn’t they foreseen this? He talks a lot about the USD, debt, liquidity and finances, and how he found his way back to where he started. ~PB

Welcome everyone to a brand new podcast; the first, in fact, of a brand new show I’m calling, well…
The Neon Revolt show. I am your host Neon and today, we’ll be talking about what I learned spending an entire month as a Liberal…

There are some serious and interesting questions raised here that no one seems to be asking much, or answering…I have heard some reference to these things in the MSM but they gloss over and dismiss it, as always…Neon Revolt is clear, concise and informative, while presenting information and offering possible theories about what this information may indicate. ~PB

The Neon Revolt Show -Ep 2- Fentanyl Floyd, Money Laundering and How the Media Lies About Everything

Neon Revolt
13.1K subscribers
https://youtu.be/HGZciNaJ9Pc
The strange case of George Floyd gets even stranger as we dive down this new rabbit hole together and enter a world of money laundering, drug trafficking, and worse as a new potential political scandal begins to unravel before our very eyes.Episode Notes and Links:https://www.neonrevolt.com/podcast/th…Follow me on Gab: 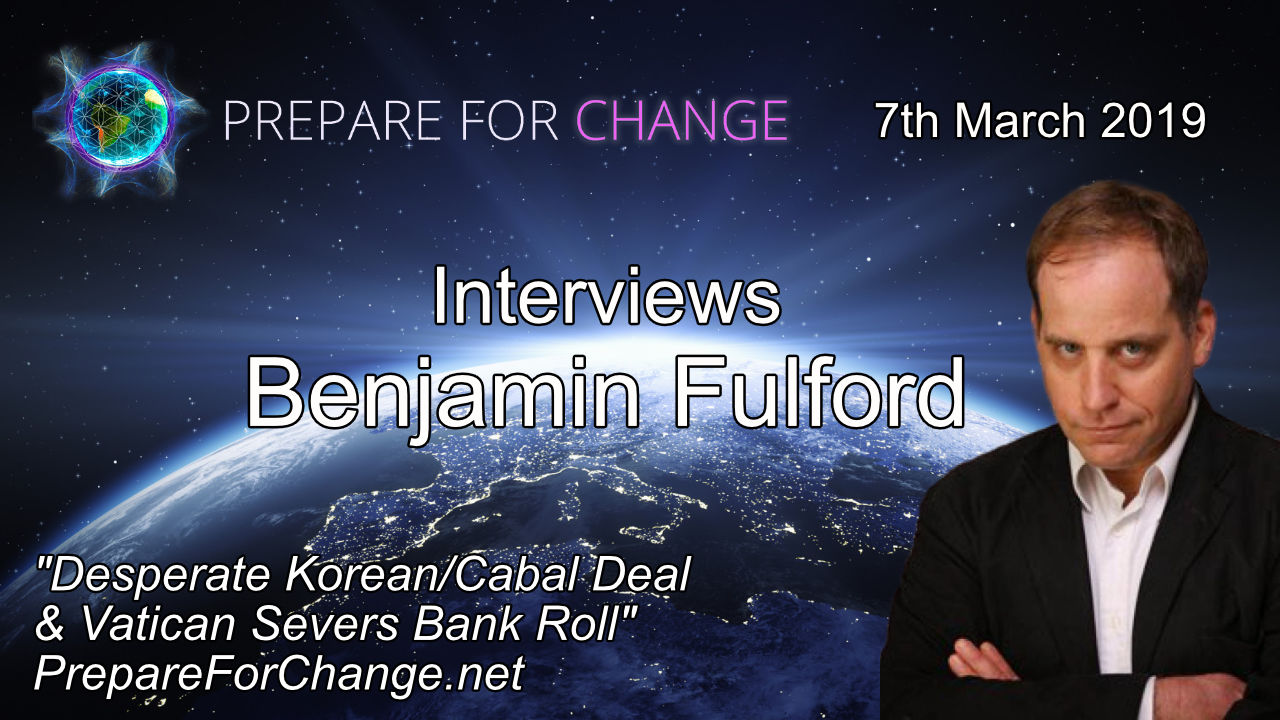 In this episode recorded on the 7th March 2019 we discuss a multitude of areas with an overarching theme of finance. Some topics discussed are the unified disagreement of selling Japan and Korea to China, US military seeming a little headless since January, Brexit looming and the UK could just leave without a deal, Vatican purse strings are cut for the bribery kitty used to buy off world leaders and a little discussion on the Quantum Financial System (QFS) that’s being developed.

For previous releases in this long-running series of interviews:

Let’s take our cue from Benjamin Fulford… and turn our world into a wonderful place!

As Benjamin says, don’t just sit on the side-lines, pick up the phone and call your elected officials and respectfully demand answers to these gross atrocities that have plagued our way of life for far too long. The stronger our collective voice, the quicker we effect change.

We are an all-volunteer organization. We do set aside a little money to support our website, but nearly all of your donations to PrepareForChange.net support about 460 children in an orphanage we funded in Malawi, Africa.

Think about donating to these children, who have lost their parents. You can donate here.

Prepare For Change would also like to thank Miss Merrilee for providing our interview announcements, such a gracious and wonderful lady! To see her own shows please check out themerrileeshow.com
Also, a big thank you to www.rays-portal.com for helping PFC with the Audio engineering.
As always try to raise your vibration and remain loving to one another, we’re all one, and we’re all going to bring about a new world!
Victory of the Light

Disclaimer: We at Prepare for Change (PFC) bring you information that is not offered by the mainstream news, and therefore may seem controversial. The opinions, views, statements, and/or information we present are not necessarily promoted, endorsed, espoused, or agreed to by Prepare for Change, its leadership Council, members, those who work with PFC, or those who read its content. However, they are hopefully provocative. Please use discernment! Use logical thinking, your own intuition and your own connection with Source, Spirit and Natural Laws to help you determine what is true and what is not. By sharing information and seeding dialogue, it is our goal to raise consciousness and awareness of higher truths to free us from enslavement of the matrix in this material realm.

Q looks at the dark history of Facebook and Google which had their origins in government surveillance projects.

The Long and Secret Infowars Against Q: http://bit.ly/Infowars-against-Q

Recently, President #DonaldTrump declared a #NationalEmergency that has every anon on 4chan and 8chan squirming with joy. An operation that we shouldn’t say here do to “sens-or-ship” but it sounds like Que, is slowly bringing #TheGreatAwakening to the people. Is this the final showdown? What is happening with the sealed indictments? All questions answered and revealed on today’s episode on Edge of Wonder in our part 3 series with David Wilcock. [Probably the best one yet]

Our own version of patreon: https://edgeofwonder.nyc
Help support us by donating so we can keep making great content! – Ben & Rob Merch: https://teespring.com/stores/edge-of-…

Telling it like it is, for those with eyes to see. Shame on the rest of you. Hate serves no one, certainly not We the People. Please, listen and learn! ~PB

~~~
Dear Readers: Your website needs your support. It cannot exist without it.  When you read my column below, you will read what you cannot find anywhere else–a clear, concise, correct explanation of who the author is of the New York Times op-ed falsely attributed to a “senior Trump official.”

The op-ed (http://www.informationclearinghouse.info/50194.htm) is an obvious forgery. As a former senior official in a presidential administration, I can state with certainty that no senior official would express disagreement anonymously. Anonymous dissent has no credibility. Moreover, the dishonor of it undermines the character of the writer. A real dissenter would use his reputation and the status of his high position to lend weight to his dissent.

Consider also whether a member of a conspiracy working “diligently” inside the administration with “many of the senior officials” to “preserve our democratic institutions while thwarting” Trump’s “worst inclinations” would thwart his and his fellow co-conspirators’ plot by revealing it!

This forgery is an attempt to break up the Trump administration by creating suspicion throughout the senior level. If Trump falls for the New York Times’ deception, a house cleaning is likely to take place wherever suspicion falls. A government full of mutual suspicion cannot function.

The fake op-ed serves to validate from within the Trump administration the false reporting by the New York Times that serves the interests of the military/security complex to hold on to enemies with whom Trump prefers to make peace. For example, the alleged “senior official” misrepresents, as does the New York Times, President Trump’s efforts to reduce dangerous tensions with North Korea and Russia as President Trump’s “preference for autocrats and dictators, such as President Vladimir Putin of Russia and North Korea’s leader, Kim Jong-un” over America’s “allied, like-minded nations.” This is the same non-sequitur that the New York Times has expressed endlessly. Why is resolving dangerous tensions a “preference for dictators” and not a preference for peace? The New York Times has never explained, and neither does the “senior official.”

How is it that Putin, elected three times by majorities that no US president has ever received, is a dictator? Putin stepped down after serving the permitted two consecutive terms and was again elected after being out of office for a term. Do dictators step down and sit out for 6 years?

The “senior official” also endorses as proven fact the alleged…Skripal poisoning by a “deadly Russian nerve agent,” an event for which not one scrap of evidence exists. Neither has anyone explained why the “deadly nerve agent” wasn’t deadly. The entire Skripal event rests only on assertions. The purpose of the Skripal hoax was precisely what President Trump said it was: to box him into further confrontation with Russia and prevent a reduction in tensions.

If the “senior official” is really so uninformed as to believe that Putin is a dictator who attacked the Skripals with a deadly nerve agent and elected Trump president, the “senior official” is too dangerously ignorant and gullible to be a senior official in any administration. These are the New York Times’ beliefs or professed beliefs as the New York Times does everything the organization can do to protect the military/security complex’s budget from any reduction in the “enemy threat.”

Do you remember when Condoleezza Rice prepared the way for the US illegal invasion of Iraq with her imagery of “a mushroom cloud going up over an American city”? Iraq had no nuclear weapons, and everyone in the government knew it. There was no prospect of such an event. However, there is a very real prospect of mushroom clouds going up over many American and European cities if the crazed Russiaphobia of the New York Times and the other presstitutes along with the Democratic Party and the security elements of the deep state continue to pile lie after lie, provocation after provocation on Russia’s patience. At some point, the only logical conclusion that the Russian government can reach is that Washington is preparing Americans and Europeans for an attack on Russia. Propaganda vilifying and demonizing the enemy precedes military attacks.

The New York Times’ other attack on President Trump—that he is unstable and unfit for office—is reproduced in the fake op-ed: “Given the instability many witnessed, there were early whispers within the cabinet of invoking the 25th Amendment, which would start a complex process for removing the president,” writes the invented and non-existent “senior official.”

Americans are an insouciant people. But are any so insouciant that they really think that a senior official would write that the members of President Trump’s cabinet have considered removing him from office? What is this statement other than a deliberate effort to produce a constitutional crisis—the precise aim of John Brennan, James Comey, Rod Rosenstein, the DNC, and the New York Times. A constitutional crisis is what the hoax of Russiagate is all about.

The level of mendacity and evil in this plot against Trump is unequaled in history. Have any of these conspirators given a moment’s thought to the consequences of removing a president for his unwillingness to worsen the dangerously high tensions between nuclear powers? The next president would have to adopt a Russophobic stance and do nothing to reduce the tensions that can break out in nuclear war or himself be accused of “coddling the Russian dictator and putting America at risk.”

In America today, and in Europe, people are living in a situation in which the liberal-progressive-left’s blind hatred of Donald Trump, together with the self-interested power and profit of the military security complex and election hopes of the Democratic Party, are recklessly and irresponsibly risking nuclear Armageddon for no other reason than to act out their hate and further their own nest.

This plot against Trump is dangerous to life on earth and demands that the governments and peoples of the world act now to expose this plot and to bring it to an end before it kills us all.