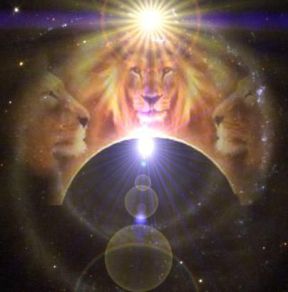 .
.
We are currently in the Lions Gate Portal period. The Lionsgate 88 Portal is activated by the numerology of 8/8, the Sun in Leo Season and the rising of the Sirius Star. This combination of energy opens a Galactic Portal that allows high vibrational energy to be sent to Earth, which we can all tune in and connect with.
.
Usually we also see a sudden rise of Souls awakening at this time who also express their discontent. So happened in Berlin, Germany, where a not insignificant number of people (far more than the mainstream media is reporting) peacefully took to the streets  for an end to the pandemic measures:
.
https://www.infowars.com/watch-thousands-take-to-berlin-streets-in-day-of-freedom-protest-against-coronavirus-restrictions/
.
.

.
.
There has also been a lot going on recently in terms of exposing paedophilia in this country:
.
https://www.breitbart.com/europe/2020/06/18/report-german-officials-placed-children-with-paedophiles-for-30-years/
.
https://www.dailysabah.com/world/europe/germany-investigates-30000-suspects-in-pedophile-probe-in-western-bergisch-gladbach
.
https://news.sky.com/story/madeleine-mccann-hidden-cellar-discovered-at-former-home-of-suspect-12038714
.
Unfortunately, the example of Beirut, where an arms depot was deliberately blown up, shows that the other side was also active again. There are also initial reports in the media that this could have been an attack (which is part of the charade):
.
https://www.rt.com/usa/497114-trump-beirut-attack-bomb/
.
. 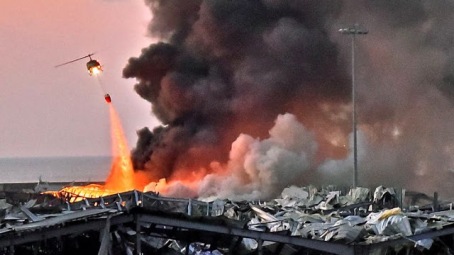 .
It appears to be a new weapons technology that has already been used in this part of the world (translate the following link with Google or DeepL):
.
https://www.voltairenet.org/article210662.html
.
Since the day before was one of the strongest full moons of the year, this was a large-scale sacrificial/fire ritual by the Cabal to pump as much suffering and fear as possible back into the Ley Lines (by continuing to fuel the religious war in that region). Especially since the virus narrative is crumbling, but which is needed to keep the vibration down and people in fear.
.
Light forces are already stabilizing the situation. You are welcome to install a Pillar of Light over the area to remove the suffering and send in healing Goddess Energy afterwards.
.
.

.
As regards the further situation on the surface, a second lockdown is being worked towards, most likely at the end of summer / in autumn.
.
It is also highly probable that there will again be an extreme fall in prices on the stock market, as like in the first half of this year, and that we’re heading for a wave of bankruptcies. Many large corporations are already massively cutting jobs, or scrapping their products in view of the restrictions:
.
https://www.euronews.com/2020/07/24/coronavirus-job-cuts-which-companies-in-europe-are-slashing-their-workforces-because-of-co
.
https://www.npr.org/sections/coronavirus-live-updates/2020/04/06/828462989/boeing-and-airbus-halt-production-future-of-airplane-manufacturing-uncertain?t=1596636177781
.
More false flags will most likely follow also.
.
So while the surface puppets push their NWO agenda at fast track and the battle for the Ley Lines continues in full swing, the Dark Ones continue to work underground in order to escape the Solar Flash, while not being wiped out by the Galactic Confederation too, see last update:
.
https://fm144.blogspot.com/2020/07/pleiadian-situation-update-18072020.html
.
It may be that many Starseeds/Light Warriors are currently dreaming again of military operations at night in underground facilities, facing the Cabal Nazi faction that also exists on the ethereal planes.
.
.

.
It may also be that you suddenly see yourself as part of the units of this Cabal faction, which could mean that you have been ethereally trapped there, or that you have infiltrated this faction on behalf of the Light Forces.
.
Many Starseeds also complain of strong nightmares during the night. This is the Archons/Grid that invokes these dreams to weaken the person psychologically. That’s why it’s important to protect yourself energetically at night, or to be taken to the ships of the Light Force ethereally, although I have to say that at the moment it could be that you are pulled down again very quickly, because there is so much going on the surface at the moment.
.
On the other hand, it may also be the case that the visions of the Ashtar Command become more and more frequent during meditations, or clairvoyant Starseeds can perceive ethereal Pleiadian units more and more often within their own premises. This is all part of intensive preparations for Ascension.
. 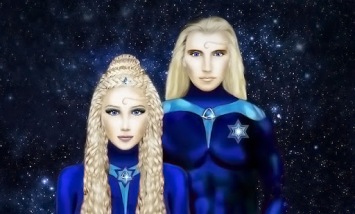 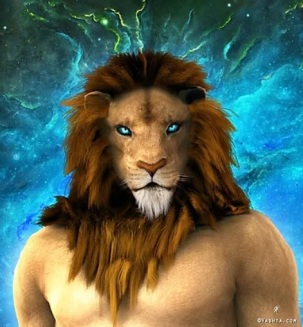 .
The situation on the surface continues to intensify. It is important to remain calm, keep the focus and keep the Light high.

There was also a question of etheric entities on planets that were “lifeless” from a physical point of view. First of all, it must be mentioned that many photos that, for example, NASA provides us with do not show what is actually going on there. For example, there are countries (more on the Asian side of the world) that have actual photographs of these planets too, but are not allowed to publish them, because the Black Nobility would otherwise crush these countries in a war.
.

Second, there are definitely etheric beings, because many planets at a higher vibrational level look very different than we see them. Some are physically a stone desert or a gas giant (or even a sun), but a vibrational level above it could be a breathtaking paradise.
.

.
Thirdly, some planets are able to use a kind of camouflage because they don’t want the Chimera, for example, to see what it actually looks like there too. That’s all I can say.