This Is Not the Apocalypse You Were Looking For |

The idea of imminent annihilating catastrophe has been part of the collective unconscious for as long as we’ve had one. From the end date of the Mayan calendar to the Epic of Gilgamesh, from the Genesis flood to the Book of Revelation, humans have been haunted by the idea of the end of everything for a very, very long time. Lately, it’s been our default popular entertainment. Raised with the threat of global warming in the teeth of a financial crisis, we sat stunned and exhausted, watching our civilization die onscreen again and again. More postapocalyptic entertainment has come out in the beginning of this century than in the entirety of the last one. The Day After Tomorrow. Zombieland. The Walking Dead. The Road. Children of Men. The Last of Us. The same story again and again, somewhere between wish fulfillment and trauma rehearsal, getting us used to the idea that the future was canceled, that someday soon everything would collapse, and there would be nothing left and nothing we could do about it. 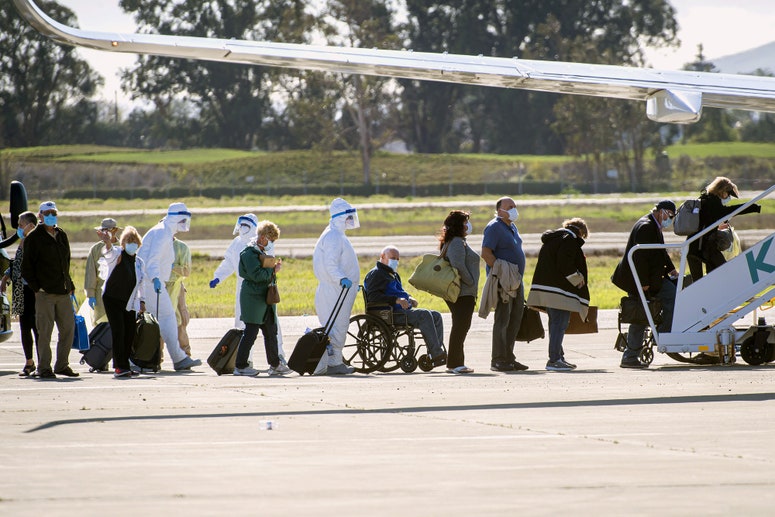 Ever since I was a twitchy, morbid child, I have kept a private tally of the things I thought I might miss most when the world ended, so that I could be sure to enjoy them as much as possible. Hot showers. Pottering around the shops. Bananas—I didn’t anticipate being a survivor in any country where bananas grow. In fact, I didn’t anticipate being a survivor at all. I am a puny, sensitive creature, and my best hope was that my tall and intimidating sister would sling me over one shoulder while blowing up the baddies one-handed. I just assumed that we’d be together, not stuck on different continents. Funny how things turn out.

Covid-19 changed everything. Suddenly, the immense and frightening upheaval, the cataclysm that means nothing can go back to normal, is here, and it’s so different from what we imagined. I was expecting Half-Life. I was expecting World War Z. I’ve been dressing like I’m in The Matrix since 2003. I was not expecting to be facing this sort of thing in snuggly socks and a dressing gown, thousands of miles from home, trying not to panic and craving a proper cup of tea. This apocalypse is less Danny Boyle and more Douglas Adams.

There’s an important difference between apocalypse and a catastrophe……

(read the rest at this link)
https://www.wired.com/story/coronavirus-apocalypse-myths/​