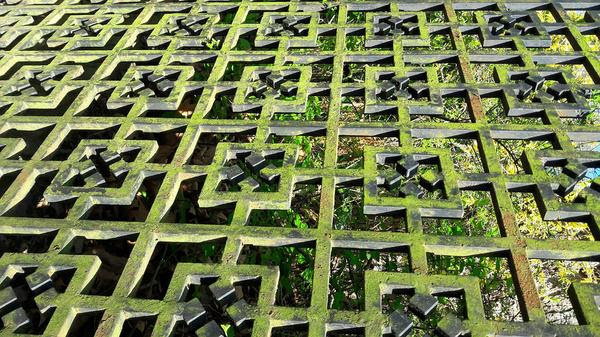 Your weekly guide to planetary influences
February 10 to 16, 2020

AT TIMES, the old patterns may seem so entrenched, the barriers so impenetrable, the problems so complex, it can be hard to see how we’re ever going to break through them. No doubt we’re experiencing the Saturn half of the Saturn-Pluto combo when the feelings of discouragement and hopelessness arise. Both planets can bring up fears, but Saturn’s impact can be especially weighty in this regard.
.

The good news is that we are not destined to be stuck forever. But with Pluto in Capricorn involved in this process, transformation must go very deep, and the changes must be integrated at profound levels. Merely working on individual symptoms will no longer suffice. Root causes must be unearthed and entire systems renovated.

FOR PERSPECTIVE, the last time Saturn and Pluto aligned in Capricorn was in January 1518. Just two months before that date, the Catholic monk Martin Luther posted his “Disputation on the Power and Efficacy of Indulgences” on a church door in Wittenberg, Germany. This document, which came to be known as “The 95 Theses,” called out the corruption that had taken over the Catholic Church.

At that time, the Church wielded great authority and political power. Luther’s seemingly minor act of rebellion ignited the passion that grew into the Protestant Reformation, a movement that over time substantially changed the political and religious landscape of the Western world.

One of my favorite parts of this bit of history is the title of Luther’s paper. While I don’t know for sure, I doubt that he was thinking astrologically when he wrote it. But it is stunning that he used the words “Power” and “Efficacy” in the title, concepts that link directly to Pluto (power) and Saturn (efficacy).

MARS moves into Capricorn next Sunday, a transit that will last until March 30. On a personal level, Mars in Capricorn can help us apply effort and determination to achieve long-term goals. Progress is slow but sure, and requires determination, discipline, and patience.

The shadow side of Mars in Capricorn can manifest as aggressive displays of authority, and single-minded focus on a goal with a lack of regard for the feelings of others. It will not be surprising if the political antagonism increases over the next six weeks, especially while Mars is out of bounds (February 9 to March 12) and expressing more maverick-like qualities.

.
WHEN MARS enters Capricorn, it joins fellow planets Jupiter, Saturn, and Pluto, the asteroid Pallas Athene, and the South Node, already in the sign. This is a lot of Capricorn energy, which can feel pretty heavy at times.
.

If you feel overwhelmed, remember that the North Node is in Cancer. The North Node is our signpost, revealing the evolutionary path that will help us successfully navigate current challenges. It is more important than ever to focus on being heart-centered. This means having empathy for others, trusting in the process, allowing your heart to guide your decisions, asking for help when needed, and making self-care a priority.

RELATIONSHIPS benefit from the planetary influences that begin the coming week. Venus aligns with healer Chiron on Monday, and is in harmonious aspect (sextile) with nurturing Ceres on Tuesday. Both of these aspects provide opportunities for us to bring greater compassion and acceptance into our relationships with loved ones, friends, and family.
.

At the same time, both aspects also require that we allow others and ourselves independence and autonomy (Venus/Chiron in Aries, Ceres in Aquarius). The healing comes as we are able to trust that being an individual with personal needs does not preclude being in loving relationship with others. Instead, being true to self can enhance our connections, as each person is able to bring their most authentic self to the interaction.

MERCURY begins its retrograde (backward) phase next Sunday. For the ensuing three weeks, until Mercury goes direct on March 9, we are encouraged to be more introspective than usual. This is usually a time when we benefit more from reviewing our plans than from implementing new ideas.
.
However, life goes on, and we often need to make decisions during a Mercury-retrograde period. If this is true for you, just take your time. If you feel pressured to make a decision, do your best to delay action until your mind is clearer and you are able to breathe calmly. Intuition may actually be stronger during Mercury retrograde, but it can’t be rushed.
.
The only time I’ve had real problems with a Mercury retrograde was when I was rushing to get a project finished just hours before Mercury stationed. I was so intent on getting it submitted before that exact minute when Mercury went retrograde, I didn’t take the time to fully understand the instructions. The results were not pretty! But, the problems that followed could have been avoided if I had taken the pressure off myself and taken the time that was needed – even if it meant hitting the “send” button while Mercury was already moving backward.

THE MESSENGER PLANET is in mystical Pisces right now, so we may already be feeling some of that call to be more inwardly focused. Mercury in Pisces is happiest when it is writing poetry, meditating, expressing compassion, doing dream work, or similarly applying the logical mind in creative or spiritual pursuits.

.
Retrograde Mercury will revisit Aquarius for about twelve days, from March 4 to 16. During that time, we may be more able to receive higher-level insights, to think outside our usual parameters, and to allow ourselves to conceive of entirely new and perhaps audacious ideas.
.
It may be harder to be especially clear-headed on practical matters while Mercury is retrograde. But be sure to record the insights and intuitive hits you receive. Like dream images, they can fade quickly if we don’t capture them in some way. Then give your ideas time to germinate. The best time to implement them may be once Mercury enters proactive Aries on April 10.
.

FOR THOSE who are taking note of when the Moon triggers the Jupiter-Saturn-Pluto effect, I’m listing below the days and times for this week. Lunar aspects are not as powerful as outer-planet transits, but they can activate events related to longer-term influences. When the Moon forms hard aspects to these three planets in Capricorn, we may see “next steps” in the process of transmutation that is already underway.

If you’re feeling especially emotional around these times, it can be helpful to know that it’s related to the collective experience, even if it feels very personal. And it is often reassuring to know that the Moon moves quickly, so that its aspects are usually in effect for only a few hours.

Exact aspects this week, while the Moon is in Libra:

WEBINAR REPLAY: If you missed my recent “After the Tornado” webinar, no worries! You can still purchase the replay of the class and learn about the transformational influences we’re working with January to June 2020. You’ll also receive a pdf of the slideshow, and calendars showing the important planetary aspects. Simply send an email with “Webinar Replay” in the subject line to pam@northpointastrology.com, and I’ll reply with details.

IF YOUR BIRTHDAY IS THIS WEEK: This year, you have many opportunities for new adventures, and have the courage to travel new roads. Some of these journeys may be independently-inspired, but you also may be inclined to work with a partner.  As an individualistic Aquarius, you may surprise yourself at your increased ability to accommodate another person’s perspective. If you connect with the right partner, each of you will feel supported in being your authentic self, while also being willing to cooperate. (Solar Return Sun sextile Mars, trine Juno)

.
In Gratitude and Light,
Pam

About the NorthPoint Astrology Journal
Astrologer Pam Younghans writes this NorthPoint Journal based on planetary influences and insights received. Her hope is to offer perspectives to assist you in utilizing current energies to enhance your life experience and accelerate your spiritual and personal growth.
.
Feel free to share this issue of the NorthPoint Journal with others who may enjoy it! When doing so, please forward it in its entirety, including all contact and copyright information.