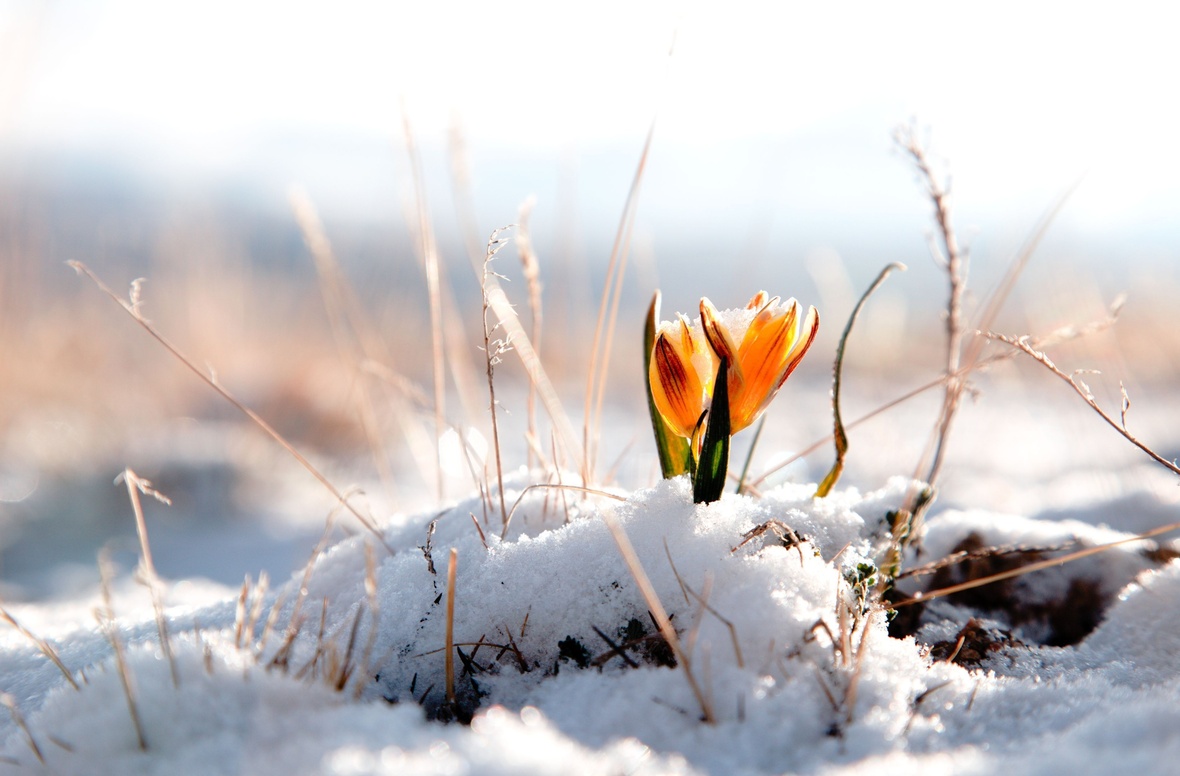 The Arcturian Group Message
for MARCH 10, 2019 by Marilyn Raffaele

Dear readers, welcome to the new age you are creating and have begun to experience. Let go of any concepts about how change must look because this only reflects what is already known.

The massive shift in world consciousness that is taking place will express in ways and ideas that the human collective is not yet aware of. Many resist change simply because they believe it will interfere with what seems to be perfectly fine already, unaware that better expressions of these same things will manifest in their place.

Those who remain focused on self- serving at the expense of others are being exposed and brought to justice. There is more to come and more to be exposed. You are in the midst of it because Light is now penetrating into many previously hidden agendas. The ascension process that began so long ago is beginning to manifest on a global scale.

Personal and collective consciousness manifests outwardly because Consciousness is all there is and therefore the substance of all form. The expansion of spiritual awareness in increasingly more individuals cannot help but express as higher and better form (change). There is much to come dear ones, much to come.

Many are finally starting to recognize the manipulation that commonly takes place in businesses, politics, relationships, and organized religions etc. etc. Three dimensional games always arise from concepts of separation that justify manipulating people and circumstances through advertising, speeches, news, preaching etc. as being perfectly acceptable for getting what one “needs”.

Up to now, the majority has allowed itself to be hypnotized by the beliefs of others, especially if their words came in an expensive or beautiful wrapper with lots of degrees and authority. These dear ones have been unaware that their ignorant acceptance of everything they are told has been feeding the coffers of the self-serving.

There are some businesses, relationships, and churches that function from love, but many as of yet do not. However, every day more and more individuals are waking up to discover that the “Emperor has no clothes”.

Do not resist or become despondent when you discover that you no longer resonate with certain people, foods, or activities as you once did. Understand that your energetic resonance is becoming more refined causing you to be out of alignment with anything of a lower resonance. Beliefs you previously held as truth are starting to feel foreign causing you to wonder how you could have ever believed them.

Never allow new insights to result in guilt and regret for past actions and words, but rather learn to love and accept these experiences as facets of your learning process that brought you to an examination your belief system and helped you to move into a higher state of awareness. Earth experiences are all about learning and growth, there are no accidents.

You are ready to “fine tune” your belief system through the recognition of certain seemingly innocent and innocuous beliefs you may still be holding. Example; “You must work hard in order to succeed., There is never enough., Murphy’s law (Anything that can go wrong, will go wrong.) There are hundreds of these sayings, and as you begin to recognize them as being alive and well in your belief system, more will begin to surface. Everything held in consciousness will manifest.

Painful experience has been the learning tool of the third dimension. If you are reading and resonating with these messages, it means you no longer need to learn this way. You now understand that everything flows out from Source (Divine Consciousness) within. Therefore, why do so many of you continue to anticipate and expect difficulty, pain, and suffering?

The evolutionary tools that were necessary for you long ago are no longer relevant but as long as you continue to make them a part of your consciousness, they will appear. Release everything reflecting duality and separation, not in an absolute way, but rather in awareness and replacement with truth way. Accept that the Omniscient, Omnipresent, Omnipotent living Light is already fully present within you.

Humans struggle to hold their “life medallion” with its good side out at all times, even gluing it in place with all the three dimensional “glues” they are aware of but if their consciousness is one of duality and separation, their “life medallion” must sooner or later flip to the bad side because duality will always express as the pairs of opposites.

You are ready to allow the true forgiveness of self and others to become your attained state of consciousness which means allowing an honest examination and re-evaluation of all issues still causing physical, emotional, mental, or spiritual pain. Deeply buried or ignored experiences can and often do remain unconscious for lifetimes but are nevertheless alive and well in the person’s energy field until cleared.

Forgive yourselves for past offences and actions taken from a less evolved state of consciousness. Release those still running programs of guilt, regret, judgement, and criticism through accepting that you brought these experiences into manifestation through ignorance. You were living from your highest level of awareness at that time which is all that is required of anyone, but are no longer that state of consciousness–you have graduated.

Forgiveness does not mean you become best buddies with your seeming nemesis, but rather means you recognize that they too are spiritual beings having human experiences in order to learn. Often the very person who has caused you the most discomfort in this life is in reality a dear close friend from your soul group who volunteered to play the “villain” this time around in order for you to learn.

However, forgiveness never means being a doormat or are not allowed to speak your truth, saying what needs to be said to someone. Allow the words you are guided to express to flow on an energy of love (silent recognition of the other’s Divinity) rather than anger (separation), and always asking yourself; “What did I learn about my own belief system from this experience?”

You are spiritually prepared to allow any remaining buried energies out of the basement where you have kept them hidden, perhaps for lifetimes–no more resistance, ignoring, or giving power to them regardless of how painful or unpleasant. Old energy often surfaces and clears through dreams. If this happens and it is intense, do not fear, resist, or make a power out of the experience but rather rejoice in the realization that you are finally clearing these old energies.

Past life experiences involving torture or intense suffering that resulted in death or severe injury often remains alive and well in a person’s cellular memory until they are spiritually prepared to acknowledge and integrate these energies which often continue manifest as an intense fear of some certain person, place, or activity. Example: Falling to one’s death from a cliff lifetimes ago today may manifest as an intense and inordinate fear of heights.

Consciousness, the substance of all form–“What am I continuing to hold in my consciousness?”

Those who choose to end their lives early are not punished as many believe, but are lovingly welcomed home and helped to understand that they were learning something from their experiences. In their next incarnation these dear ones must once again get to the same or a similar difficult place and this time move past it. Nothing is ever for nothing. No one is ever lost because there is only ONE.

It is a new time and a new consciousness you will be living. We cannot emphasize enough how important it is to allow yourselves to let go of grievances you may still hold for certain persons, places, organizations, or things. Grievances represent separation, an energy you cannot take with you into the new.

The three dimensional belief system consists of concepts that promote entitlement, that the goal of life is to be happy, rich, beautiful, and to experience every good however one can. When those of this mindset find they are unable to achieve these goals they will often turn to drugs or alcohol in the belief that they are failures which simply further empowers the very situations of lack, limitation, pain, and suffering they sought to be rid of. More often than not, these experiences are “wake up calls” meant to force the individual into new and higher insight.

Regardless of how beautiful, rich or famous a person becomes, these things all remain behind when the person “goes home”. The only thing that remains forever with each and every soul is their state of consciousness which they bring with them into their next incarnation. This is the secret of “child prodigies” who are simply souls who attained a high level of expertise in some particular area throughout previous lifetimes and now carry this expertise with them as an attained state of consciousness.

You cannot slip backward to an outgrown state of consciousness, although some attempt it when they believe life was easier before. With each incarnation, you pick up where you left off. Everyone carries their attained state of consciousness with them wherever they go, and in reality no one is responsible for another’s problems.

What may look to others to be a very un-evolved life, may in reality be an upgrade from the person’s last life which is why it is foolish to judge by appearances. Everyone is only able to live out from his or her attained state of consciousness but everyone is continually adding to their spiritual awareness regardless of how un-awakened they may seem to others. This is how evolution works.

Perhaps in previous lifetimes a person easily got away with nefarious actions toward others–stealing, using, lying etc. but this time around, these familiar methods resulted in a prison sentence. The whole scenario was most likely part of his/her chosen soul contract as being necessary for soul growth. Next incarnation, he/she will incarnate with a more evolved consciousness prepared for a higher way of living but most likely still perceived from a third dimensional level at first. So on, and so on goes evolution.

Gaia is a living soul in earth form and not material matter to be owned, destroyed, and used for self serving. Gaia took the body of earth in order to provide a place for people to evolve but as the result of mankind’s ignorance and selfishness has become very damaged and has chosen to ascend to a higher resonance. Please include this living, breathing, loving soul in your realizations of truth and Light.

Note; Due to commitments and some travel, the next Arcturian Group Message will not be until April 7th.