The Re-Weaver – A Story About Healing and Purpose 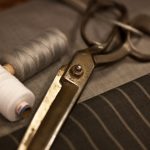 We have spent so much time being strong and supportive for others, ensuring that everyone has what they need to become healed, whole, and complete, and we wonder when it’s our turn. Many of us have had important soul contracts to fulfill in the first part of our life and healing has been the focus through which they are fulfilled.

Through our healing efforts we have helped others release their past and invent the future, preparing them for the lifetime work they had to do.

Now that this work is done it’s time for us to ‘re-invent ourselves’ from being caretakers and supporters to being strong, successful, and powerful in our own lives. How do we do that and what does it mean? It is a hard question to answer because it means re-defining how we look at ourselves and what we do with our time, energy, and gifts.

A reader once wrote to me “I have never created anything worthwhile for me in my life. My path is to help others achieve their success.” She wrote that she had spent her life empowering others and ensuring their success and she wondered when she would be able to do something for herself.

She has been doing something for herself, finding joy in others’ success. I am sure that others have appreciated her help but can she gain the same amount of appreciation if she is fueling her own dreams, goals, and desires? She may also have a fear of failure and a lack of confidence.

It will require courage to turn those efforts to her own life where, in her mind, the stakes are higher, success is not as certain, and she may find out what she has always feared, that she is not capable of success or (I don’t think that’s true but she will have to figure that out by herself).

She is like someone I knew years ago, a woman who was a ‘re-weaver’, she fixed holes in people’s garments and made them look new again. In those days we had to wear nice suits (and pantyhose) to work and I owned several wool suits. One day I saw a small moth hole in one of my wool suit jackets and I didn’t want to get rid of the whole suit just because of one small hole.

Someone suggested that I take it to the re-weaver, who would fix the hole for less than the cost of replacing the suit. So I took my jacket to her shop and she said it would not be a problem to fix the hole and the jacket would look new again.

A few weeks later I picked up my beautifully repaired jacket. The moth hole was gone and it did look new. I asked her how she did that and she showed me her workspace and talked about her technique. Working with tiny needles and a powerful magnifying glass, she took threads from the garment’s hem and seams and used them to fill the holes, matching the pattern and weave so that fabric looked new. She took pride in her work and had been doing it for decades. In fact, she was very well respected and people from around the country would send her their clothes to be mended.

But the work took its toll on her body. Her back was hunched from many years of bending over her  work, her hands were knotted witharthritis, and her eyesight was poor. She wore thick glasses and her skin was pale because she spent so much time indoors. I asked her why she did this work and she said that her father, who was a tailor, had taught her, telling her that people would always need their clothes repaired and with this skill she would always have work.

When I asked her if she had wanted to do anything else her eyes got misty and she said that she had always wanted to be a dancer. But, she added, her father did not approve of that so she did what he wanted her to do.

She never asked people how they ruined their garments, she just quietly fixed the damage and sent them back looking new again. I wondered how many people appreciated her skill, expertise, and dedication, whether they thought about how much work it took to fix the damage they had done, whether it was careless or accidental, or how the re-weaver had spent much of her life doing this for others.

Who did it for her? Who was there for her when she needed re-weaving in her life?

As I got to know her she shared some of her life details. She had never married or had children, had cared for her father after he was widowed until he died and she had inherited his shop. The shop, customers, and work were her life. I wondered whether she had ever stopped to think about how she so carefully and painstakingly fixed others’ mishaps and if she ever wanted to stand up one day and decide that she was going to do something else.

Did she ever think about how much she did for others and wonder when the day would come that it was time to reinvent herself and start living her own life?

It may have been too late for her to become a dancer but she could still learn how to dance.

Although the re-weaver has passed on, I’ve thought of her many times over the years. One of her gifts to me, besides fixing my suit jacket, was to remind me to pause before I take on the task of re-weaving for others. Is this something I should do or can I step back and let them fix their ‘holes’ by themselves? Sometimes others need to learn from fixing their own problems even though I believe I could do it so much more quickly, easily, and efficiently. But is that what I want to do and while I am inventing their future or reinventing their life, what is happening to mine?

It’s hard for us to be ‘selfish’ and self-centered and we have such negative opinions of those concepts, but what they really mean is to have our focus within our self, asking what is good for us, questioning how every situation applies to our own life path. When we allow the focus of our actions be with us first, we consider our needs, instead of rushing in to take care of others. It’s a great feeling to re-weave someone’s life but it can become a habit that we fall into and then can’t get out of. We have to remember that everyone is powerful—we all have the same source of power even if we don’t think others are acting in very powerful ways or using their power very wisely.

Like the comment from the person who creates for others what she doesn’t create in her life, we can support and encourage others for a while but must eventually come back to our center and ask why we feel we must do for others what we do not do for ourselves. We can be the eternal re-weavers, fixing others’ damage, holes, and gaps, or we can reinvent ourselves and create everything we want in our own lives and then let others light their light from ours which blazes so brightly.

If you like this article and would like to work with me because you are ready for profound personal and spiritual transformation, consider a personal intuitive consultation or intuitive coaching, where we work together to examine your life path, purpose, potential, and possibilities and help you choose one that will bring you the joy, abundance, love, peace and power that you are ready for. Click here to explore the possibilities for transformation.

Copyright (c) 2019 by Jennifer Hoffman. All rights reserved. You may quote, copy, translate and link to this article, in its entirety, on free, non-donation based websites only, as long as you include the author name and a working link back to this website. All other uses are strictly prohibited.

All commercial organizations, individual persons, or corporations claiming ownership to material that is the intellectual property, under copyright, and/or all published content of Jennifer Hoffman and Enlightening Life OmniMedia, Inc. shall be subject to legal and judicial process and all legal remedies shall be pursued, including compensatory and punitive damages, under state and federal law.

It is illegal to copy someone’s work without permission, to trademark intellectual property that you did not create, and to claim ownership of any portion of content that is not your original work.