Astrograph Horoscopes has an array of Horoscopes, Reports, Apps and services. Check them out! ~PB 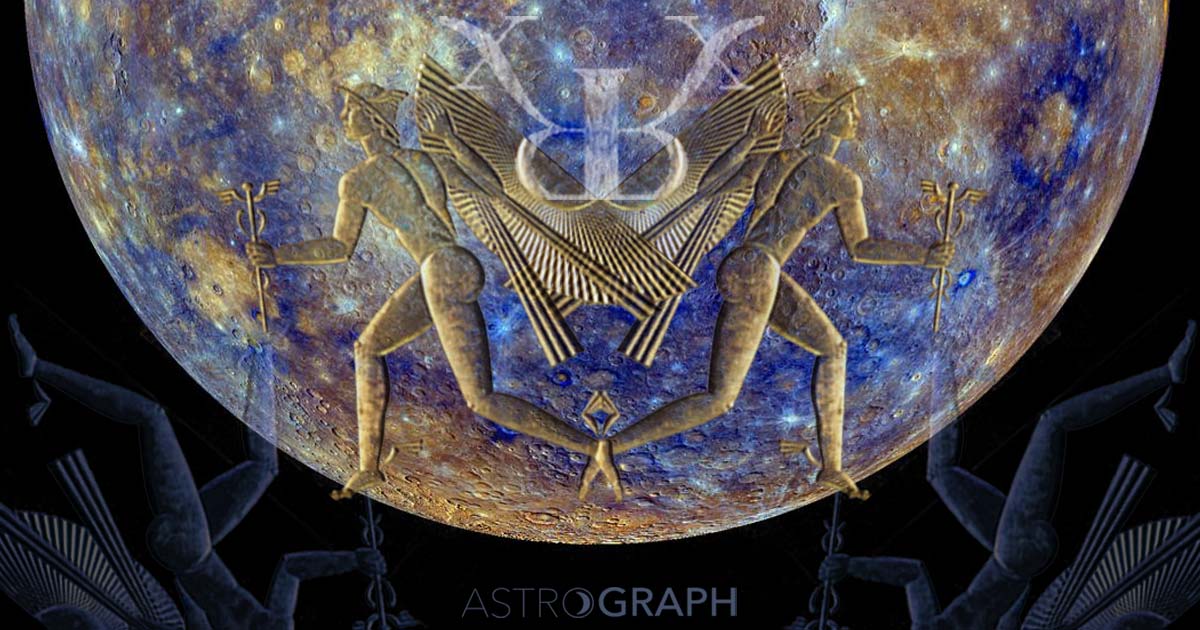 
Posted on November 27, 2017 in Announcement |
By Leslie Benson, Edited by Henry Seltzer for ASTROGRAPH Horoscopes


Mercury Retrograde is an astrological phenomenon that has become notorious for missed connections, miscommunications, malfunctioning electronics, travel snafus, fender benders, etc. Among these seeming drawbacks and headache-inducing circumstances, however, Mercury Retrograde periods are also a time when greater awareness and mindfulness are employed, with rich potentials for inner reflection, slowing down, and resting. The themes that are encouraged now can be anything beginning with ‘re,’ during this RE-trograde period: Re-organize, reflect, relax, re-communicate, re-prioritize, rewind, etc. It is a time when it is highly beneficial to plan on turning inward to pause and take stock of all the tremendous growth and evolution that has been happening within and all around each of us. It is generally not a good time to start a brand new project, make impulsive purchases, or sign a new contract. The astrological thinking is that decisions made at this time will dramatically alter once Mercury turns direct and especially after escaping its shadow.

Mercury stations retrograde on December 2nd at 11:34pm (pacific time) at 28º of Sagittarius, conjoined with conservative Saturn, suggesting the “slowdown effect” of this retrograde is even more palpable and dramatic, even before the moment of exact. The Great American Solar Eclipse last summer, on August 21st, was at 28º of Leo, which therefore remains a sensitive zodiacal degree. Any major configurations, such as Mercury stationing in trine with this degree, will activate the themes and lessons we each are working with from that time – you may wish to think back now on what happened for you during and since August 21st. Mercury is in a weakened state in the sign of Sagittarius, and is also “out of bounds” when it stations, suggesting that this retrograde period is more unpredictable than others. This could be reflected in our personal experiences in the form of reckless thinking, outdated mental patterns running amok, tendencies to “act out,” or higher chances for mishaps in commuting or traveling. It may be wise to employ an extra dose of mindfulness and care when communicating and getting from here to there.

Nebulous Neptune also has a strong influence in the configurations, since Mercury makes a nearly exact quintile aspect to Neptune at the time of its station, as well as there being a trine to Neptune from Jupiter in Scorpio. This indicates potential trials regarding our ability to be with uncertainty, and a magnification of how well (or not) we’ve been adapting to the rapidly changing times in which we live. Neptune can create a sort of “fog” where thinking becomes unclear or confusion arises, and especially in this whopper of a combination with stationing Mercury and Saturn. This is not a good time to make big, life-changing decisions, and if confusion does arise the invitation is to be accepting of and present with yourself and your situation just as it is. Neptune also brings in the spiritual dimension, asking us to apply loving awareness to the places inside of ourselves that needs it most, and to see the miraculous and divine in everything—even the swirl of discomfort or confusion.

We have a very interesting dynamic emerging between Mercury and Saturn as the retrograde progresses. Saturn is traveling through the final degrees of Sagittarius, after having spent the last three or so years there, signaling a “wrapping up” of the themes brought about by Saturn in Sagittarius. Some of these themes include bringing more focus to learning, conducting ourselves more responsibly in terms of our beliefs and spirituality/religion, feeling stifled or less able to expand as freely, or learning how to explore within appropriate boundaries. Saturn will then move into the sign of his own of rulership, Capricorn, on December 19th, where the environment is much more conducive for his serious and productive nature. Mercury is not at his best in Sagittarius, and since it begins with Saturn and then travels backwards from 28º all the way to 13º Sagittarius, this invites us to look back at the more challenging Saturn in Sagittarius themes that have been cropping up in our life since late 2014. What have you learned about your relationship to spirituality, beliefs, religion, or dogma? What lesson have you received about the themes of responsibility versus free-wheeling? Commitment versus keeping your options open? Following your head versus following your heart? Have you found ways to synthesize seeming opposites into useful actions and ways of being in your life? You may wish to look at your own chart and examine where Sagittarius falls in your natal chart, and what planetary placements you have there. (If you like, you can see your birth chart with a free membership here.) This retrograde is an opportunity to pause and take inventory and harvest the lessons that really resonate and work for you, and also to allow that which is not helpful to gently be released and fall away.

December 3rd, Full Moon in Gemini: The Moon is opposite the Sun in Sagittarius, and in almost exact aspect to Neptune and Jupiter, bringing learning opportunities around to the themes of logic versus faith, knowing versus uncertainty, the mind versus the heart.

December 12, Mercury conjunct the Sun: This is an important day in the retrograde journey. Look for inner revelations, and surprising realizations.

December 22, 5:51pm PST: Mercury Stations direct at 13º Sagittarius and thus we are at one of the peak moments of the retrograde cycle. Things will still take some time to really sort themselves out.

One thought on “Mercury Retrograde December 2017: Harvesting the Lessons of Spirit | ASTROGRAPH Horoscopes”