(UPDATES WILL BE IN BOLD AND LABELLED AS ‘UPDATE‘)

I must reiterate that it is important to exercise discernment when coming across this or any information you find. Q did mention that disinformation is real and necessary. I would also ask again that you be forgiving if I leave something out, I assure you it is unintentional. I only have benevolent intentions here.

For parts I, II,  III and IV of this intel drop please visit the links below:

First I want to include a few posts from Q from the last couple of days that I think some may find interesting:

(1st Post) For the coming days ahead.
Ask yourself an honest question, why would a billionaire who has it all, fame, fortune, a warm and loving family, friends, etc. want to endanger himself and his family by becoming POTUS?
Why would he want to target himself and those he cares about?
Does he need money?
Does he need fame?
What does he get out of this?
Does he want to make the US/world a better place for his family and for those good and decent people who have long been taken advantage of?
Perhaps he could not stomach the thought of mass murders occurring to satisfy Moloch?
Perhaps he could not stomach the thought of children being kidnapped, drugged, and raped while leaders/law enforcement of the world turn a blind eye.
Perhaps he was tired of seeing how certain races/countries were being constantly abused and kept in need/poor/and suffering all for a specific purpose.
Perhaps he could not in good conscious see the world burn.
Why, hours after the election, did seven people travel to an undisclosed location to hold a very private & highly secured/guarded meeting?
Why didn’t HRC give a concession speech?
When was the last time a presidential candidate didn’t personally give a concession speech?
What happens if the border remained open and the MSM continued to brainwash?
At what point do Patriots, and hard working men and woman, become the minority?
What about voting machines?
Who owns the voting machines?
What about voter ID laws?
Photo ID? When is it necessary and must be presented? Make a list. Laugh.
Reconcile.
Would the chances of defeating evil grow less and less with each passing year?
What does ‘red line’ mean?
Why, again, were the arrests made in SA so very important?
What strings were immediately cut?
Follow the money.
When does a bird sing?
Q

(2nd Post) Who financed 9-11?
Who was Bin Laden’s handler?
Why was the Clowns In America tasked to hunt/kill/capture UBL?
Why not MI?
If we found UBL, eliminated his security, why would we immediately kill him and not take him alive?
Why wouldn’t we want to capture UBL alive and extract other possible T-level events?
Perhaps someday people will understand ‘they’ had a plan to conduct ‘another’ mass extinction event.
WWI & II – orchestrated and planned by select families?
Fantasy land.
Remember, the more people there are, the more power the people have.
Why do D’s push for gun control ‘directly’ after every tragic incident?
Why is this so very important to their agenda?
We, the people, are who they are afraid of.
We, the people, are who they fear will one day awake.
Our Father who art in heaven,
Hallowed be thy name.
Thy kingdom come.
Thy will be done
on earth as it is in heaven.
Give us this day our daily bread,
and forgive us our trespasses,
as we forgive those who trespass against us,
and lead us not into temptation,
but deliver us from evil.
Q

The above posts have a very, ‘okay, deep breath, let’s get ready to do this everyone‘, kind of feel to it, to me anyways. Not to mention the first post I included which was a code, which, I’m sure is only meant for those who are in on the operations.

This is all I have in regards to Q updates. Another interesting thing to mention is the number of sealed/unsealed indictments, which, thanks to the effort of whomever is finding and counting these, is up in the 1000s:

Now I would like to bring your attention to an interview with the two David’s, David Wilcock and David Seaman. They conducted this interview without any announcement due to the likely possibility of interference. I highly recommend this interview as it gives great updates on what is going on right now. David has vouched for the authenticity of QAnon and believes him to be the real deal per his sources.

Some epic things have been happening that haven’t really been put in bold as they should have. The first was a flash military take over of Zimbabwe and their media. The same thing that happened in Saudi Arabia (fast movement of military, take over of media, broadcast of the operation, safety of citizens considered) appeared to have happened there on November 15th:

“Zimbabwe’s military says it has seized power in an assault on “criminals” around President Robert Mugabe, who “were committing crimes that [were] causing social and economic suffering in the country,” in a statement after taking over the national broadcaster ZBC.

A military spokesman assured that Mugabe and his family were “safe and sound.” “As soon as we have accomplished our mission, we expect that the situation will return to normalcy,” the spokesman said. Soldiers and armored vehicles blocked roads to the government offices, parliament and the courts in Zimbabwe capital, Harare, a Reuters witness said.”

“The brutal dictator has been arrested along with his wife by the army in the capital Harare – where the military has seized control and people are queuing to withdraw cash from banks.

The Zimbabwe Defence Force denies it is a coup – and insists it is merely ’rounding up criminals’ in an exercise described as a “bloodless correction”.

Other security forces are being urged to “co-operate for the good of our country” with the army which has warned that “any provocation will be met with an appropriate response”.

So as we can see, there was a bloodless transition of power by the military there, just like in Saudi Arabia. Some of you may remember the failed positive take over attempt in Turkey in July of 2016,  which went through similar events there.

Cobra informed us recently that the positive military would be taking more action on the surface:

“The clearing of plasma toplet bombs has progressed to the point where we will see more positive physical action towards the planetary liberation, but not yet the Event.”

In addition to this, just this morning there was a report of a mid-air collision over the Rothschild-managed Waddeston Manor in Buckinghamshire:

“Emergency services have confirmed several casualties following a midair collision between a plane and a helicopter in the English county of Buckinghamshire, north west of Aylesbury. Wycombe Air Park confirmed both aircraft took off from their site.

Early reports suggest the pilot of the small aircraft and two people in the helicopter have all died.

Michelle Archer from South Central Ambulance Service confirmed to RT there are a “number of casualties.”

Interestingly, this comes shortly after we get a threatening message from Q to a possible Lynn de Rothschild just recently:

Distress cal[L]s to others will [d]o you/family no good at this stage. We know whe[R]e you/the family are at all times and can hear you breathing.
Q

The epic unraveling of our time continues as Donald Trump Jr. tweeted an article in regards to Joe Biden’s blatant creepiness around little girls and women during photo ops and other gatherings:

This includes an article from Breitbart showcasing these many disturbing events.

Donald Trump himself recently tweeted about a photo of sitting Senator of Minnesota Al Franken groping a sleeping woman:

The continued exposing of sexual harassment and rape in the world is charging on with many more people speaking out and several more stories emerging:

(Medium) Who is Tony Podesta and what is Pizzagate?

(Breitbart) Sixth Accuser: Woman Claims George H.W. Bush Groped Her When ‘I Was a Child’

(Daily Mail) EXCLUSIVE: How Sylvester Stallone was accused of sexually assaulting a 16-year-old fan: Police report reveals girl claimed star made her give him and his bodyguard oral sex and threatened they would ‘beat her head in’ if she ever told

(NPR) Chairman Steps Down As NPR Grapples With Harassment Crisis

Another part of this whole process is the release of information that has been hidden in regards to the existence of benevolent life in the Universe. In an effort to distract the public from the ongoing scandals being exposed they have been throwing out headlines about new technology and information regarding UFOs, this is also the work of a large Alliance that wants to see these things disclosed:

(NPR) On The Alien Question: Where Are They?

(National Geographic) Antarctica Was Once Covered in Forests. We Just Found One That Fossilized.

Now I would like to bring attention to a headline that I found very interesting and it involved the round-up of over 200 people that were in the MS-13 gang. Q mentions MS-13 a few times:

Who funds MS13?
Why did BO instruct HS & BP to release MS13 captures at the border?
What agency has direct ties to (2) major drug cartels?
Why is AG Sessions / POTUS prioritizing the removal of MS13?

Why is MS13 a priority?
Could people pay such gangs to kill opponents and why / how to insulate against exposure?
The truth is mind blowing and cannot fully be exposed. These people are evil.

“Law enforcement authorities arrested more than 200 suspected members and associates of MS-13 during a recent six-week operation targeting the violent street gang across the U.S., the Department of Homeland Security announced Thursday.”

Upon further research I found that MS-13 originated in El Salvador, Spain, the same country as the home of one of the Italian Black Nobility Families, The Borgias:

(Wikipedia) “The House of Borgia was an Italo-Spanish noble family, which rose to prominence during the Italian Renaissance. They were from Valencia, the surname being a toponymic from Borja, then in the Crown of Aragon, in Spain.”

(Ahuwazeus) “The House of Borgia are one of the most well known families of the Black Nobility and are infamous for being murderous and ruthless. The Borgia family were known for murdering civilians for fun and poisoning their enemies.

This coincides with an interesting prophetic dream I had recently…For those who are not yet familiar with my work I get future information and other messages in my dreams. This dream was so out of place it didn’t make any sense but after researching this information it finally did:

This dream could be signaling the epic defeat of this genocidal Luciferian family, which has been at least partially cut off from its mercenary army MS-13 just recently per the article I shared above. I found some information that stated Seth Rich was killed by members of MS-13.

The Borgias even have their own television show: 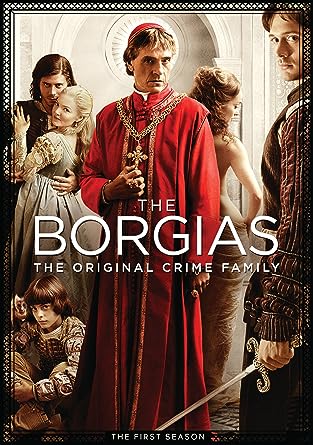 (UPDATE) The name of the operation to apprehend the members of the MS-13 gang is ‘Operation Raging Bull‘:

Coincidentally, per Wikipedia, the red (raging?) bull is the Borgia’s family crest: 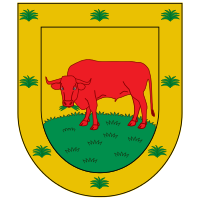 To end this article on some good news I would like to share some great stories and synchronicities:

I clicked on KP’s blog post the other day and I was met with a nice set of numbers which seemed to mean that the Cabal ‘666’ was about to go down ‘321’:

And I experienced a few 11:11s yesterday that I felt guided to compile into one post:

After publishing this article I went to check it for mistakes and errors and got a nice 4444 in my view count:

And here is an uplifting video that I hope you will feel guided to see:

If you enjoy these articles and videos and feel guided to support me I will leave my PayPal link below. Thank you and much love to you all!! 🙂