Come Monday, in the U.S., it could be in the thousands, from what I hear! ~PB

The great purge of Khazarian mobsters continues as hundreds of arrests of Saudi princes, generals, and politicians is now being followed up with the 842 sealed indictments against senior Khazarian gangsters in the U.S., confirmed by Pentagon, CIA, and other sources. 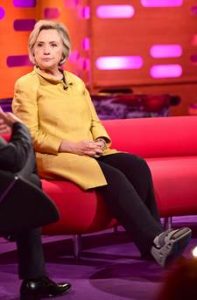 The fact is that most politicians in Washington, D.C. have become very rich since joining politics, in ways that cannot be remotely justified by their salaries.  This means most have been bribed, and that is why most of them are going to go to jail.  House Minority Leader Nancy Pelosi has been deliberately acting senile in public recently in order to have a medical excuse to avoid arrest, NSA sources say.

These same NSA sources are now saying the mass shooting that took place in Las Vegas on October 1 was an attempt by mercenaries working for the G4S security company http://www.g4s.com/ hired by George Bush Sr. to create a distraction in order to kill U.S. President Donald Trump and Saudi Crown Prince Muhammad Bin Sultan (MBS).  Trump and MBS were meeting in secret at the suites in the Mandalay Bay Hotel, owned by MBS, to discuss the mass arrest of the perpetrators of the 9/11 terror attacks, these sources say.

Both Trump and MBS were evacuated safely and the arrests have now begun in a way that can no longer be denied by the corporate propaganda media, multiple sources confirm.

As the arrests were taking place, Trump had a secret meeting in Vietnam with Russian President Vladimir Putin and Chinese President Xi Jinping.  Here is what a CIA source, who had eyes and ears at the meeting, had to say.

“There is a lot more than the ‘the sideline meetings and brief handshakes’ that the media has portrayed.  The three world leaders (Trump, Putin, and Xi Jinping) met off the record.  President Jokowi [of Indonesia] was there as well (as a representative of the Soekarno M1 gold holdings).  Trump was informed that next month, Putin and/or the Russian Central Bank will officially announce the new gold-backed currency.  It is backed by Russia, China, and India along with their gold holdings.  Indonesia will use the Collateral Accounts gold to back the new currency.  This move will put a lot of pressure on the U.S. dollar and the global Rothschild banking system.  It was also agreed between the attendees that it was time to de-escalate the North Korean situation.”

It is not yet clear how well the Russian gambit will succeed, but there can be no doubt that some alternative to the current U.S. petrodollar system is needed.  The U.S. Corporate government in the Washington, D.C. special district (not a part of the Republic of the United States) is definitely bankrupt.  This can be seen in the fact that U.S. government debt has ballooned by $640 billion since September 30th.  In addition, the U.S. ran a $539 billion trade deficit and a satanic $666 billion government deficit in the fiscal year that ended on that date.

It is probably no coincidence then that the U.S. corporate government is saying that it will get $800 billion from arrested Saudi princes and $250 billion from new sales of products to China.  That would bring in $1.05 trillion, almost enough to pay for the $1.205 trillion in new debt accumulated in fiscal 2017.  The rest, presumably, they hope to extort from client states like Japan, South Korea, and Qatar (hence the big arms sales announcements).  However, these numbers are almost certainly based in large part on wishful thinking.

A member of Japanese slave Prime Minister Shinzo Abe’s cabinet, for example, contacted the White Dragon Society last week to complain about all the American demands for money that took place when Trump visited Japan last week and said “Japan does not have any more money to give.”

The Japanese government instituted a “my number system” that gives a unique number to each citizen recently to force out money that was hidden in multiple bank accounts under different names.  This managed to weasel out 1 trillion yen or $8.8 billion which was handed over to the Americans when Trump visited, this source says.  This is big money by ordinary people’s (or government’s) standards, but a far cry from what the U.S. Corporation needs to carry on as usual.

The Saudi Arabians, obeying their Khazarian masters, apparently tried to use war scares against Iran last week in a vain attempt to save the petrodollar by starting the apocalyptic World War 3 delusion still envisioned by Khazarian fanatics.

Pentagon sources say the Saudis flew some F15’s to Cyprus in a “desperate move that scares no one, since Saudi pilots suck and Pakistani and Israeli pilots won’t risk being jammed or shot down by Russia.”

Instead, Saudi Arabia is “under pressure to return kidnapped [Lebanese] Prime Minister [Saad] Hariri,” the sources say.  Furthermore, the November 13th quake on the Iran-Iraq border “appears to show Iran may already have nukes,” the source says.  This may also have been a secret Israeli attack on Iran, Egyptian sources speculate.

In any case, the Saudi purge has now taken in former Saudi Arabian Ambassador to the U.S. and close Bush family ally Bandar Bin Sultan.  Bandar and Crown Prince MBS “may be star witnesses that Israel did 9/11,” the Pentagon sources say.  Of course, the trail to Israel will then lead to the Rothschilds hiding in their complex in Zug, Switzerland.

For now, it is their U.S. operations that are being shut down.  On that front, NSA sources are saying that top Clinton/Bush bagman (and satan-worshipping child torturer) John Podesta was stopped from fleeing the U.S. by U.S. fighter planes and arrested.  The meltdown of the Bush/Clinton cabal is now publicly visible in even the corporate media in the form of news that the Podesta’s companies have shut down.  Furthermore, Trump released another 13,213 of un-redacted files on the Kennedy assassination last week.

The Khazarians and their corporate media slaves are still clinging to the illusion that special counsel Robert Mueller will eventually have Trump arrested as part of the ongoing “Russian election interference” investigation.  However, Pentagon sources say that even though Mueller was involved in the 9/11 cover-up, he “is still a Marine who takes orders from Marine Generals [John] Kelly, and [James] Mattis, as the perfect snitch to take down the Bush-Israel cabal.”

Also, if you think President Trump is really in charge, please read the article in the link below where White House Chief of Staff General John Kelly says he does not read Trump tweets and that his job is to “make sure the president is briefed up on what he’s about to do.”

The Pentagon sources say tests of the U.S. emergency broadcast system (EBS) have been done so that citizens can be informed even if the Khazarian-controlled Google and the corporate media continue to lie to them.  Hopefully the list of people to be arrested includes the top management of Google, Facebook, etc. so that the Internet can become a true source of information once again.

On a final note, there appears to be something ominous about to take place in China.  Last week the Chinese government announced that foreigners would be allowed to take majority (51%) ownership of Chinese financial firms.

While on the surface that looks like a good move, Japan, South Korea, and other Asian countries recall how Khazarian carpetbaggers caused devastation by sweeping up local financial companies in the wake of the engineered 1997 Asian financial crisis.  China’s housing market is now in a bubble that is far worse than Japan’s was.  If the housing bubble pops as the laws of financial gravity say it must, then we may see Khazarian firms swooping in to grab up bankrupt Chinese lenders at cents on the dollar.  This announcement makes one wonder if the NSA was right when they said Chinese President Xi Jinping was a Rothschild agent.

We must not forget the Khazarian ruling class has been responsible for tens of millions of deaths since the end of World War 2.  Various authorities, including the U.S. military, have been given irrefutable evidence the Khazarians were actively planning to kill 90% of the world’s population, or 6.3 billion people.

We need to stop them permanently this time.  This means taking away the main source of their power—their control over the financial system.  This means the BIS, the World Bank, the IMF, the European Central Bank, the Federal Reserve Board, the Bank of Japan, etc. must be taken out of their control.  They are not going to just hand over the keys, so at the end of the day, it will require men with guns to do the job.  That is why U.S., Chinese, and Russian military forces are humanity’s best hope.