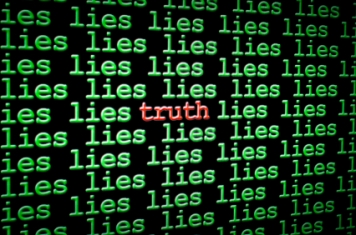 “Well, we don’t want to conflate 2 things. The way that Wikileaks got their information on the DNC emails was from a separate copy, not a hack, OK? copy, leak/put it on a thumb drive and hand it to Julian Assange. We know that’s what happened, Ok? Now this other thing was a construct, a synthetic thing, it was a very shadowy person or entity called Guccifer 2.0…”

“…’We can say the RUSSIANS DID IT, all we need is the complete cooperation of the Mainstream Media..this would be a magnificent distraction’, -and it worked, no one paid any attention to it!”

“SO WHAT DID THE METADATA SHOW? The metadata showed that, on the 5th of July last year, information was copied onto an external storage device, like a thumb drive, at a speed that was so fast, IT COLD NEVER HAVE BEEN A HACK, IT HAD TO BE A COPY AND A LEAK.”

“NOT ONLY THAT, THE METADATA ALSO SHOWED -WHERE- IT WAS DONE. GUESS WHERE?: THE EASTERN TIME ZONE. ……EASTERN DAYLIGHT TIME.”

“NOT ONLY THAT, there was  a format used, a kind of template, that experts could see, SUPERIMPOSED ON THE DATA….IT WAS OBVIOUSLY AN ATTEMPT TO PUT THIS ON THE RUSSIANS, BECAUSE IT WAS A WELL-KNOWN RUSSIAN TEMPLATE…”

“I am happy that the Republican politicians haven’t seized on this, because this is NOT a Partisan Issue, this is Physics, this is the capability of the internet!”

“Were it to have been a hack, it would have been intercepted by the NSA, and there’s no reason in God’s creation why the NSA wouldn’t be able to divulge that, because all those collected names were already revealed by Anne Schneider”

“John Brennan, head of the CIA, created a whole directory, hundreds of people, for Cyberwarfare, 5 years ago, OK? We know now what they were doing, because someone -Julian Assange says a contractor, leaked all this stuff! Julian says ‘This is a leak of such momentum, that it rivals Edward Snowden’s leak of 2013’…”

“Well, I can’t say who they were, but it’s very very coincidental that they had this capability -based on CIA documents now- TO OBFUSCATE …TO DISGUISE THE ORIGIN OF A HACK, and then TO IMPUTE RESPONSIBILITY TO SOMEONE speaking one of five languages: Arabic, Farsi, Chinese, Korean, and RUSSIAN!”

“Well, let’s talk about the Deep State. Now we know John Brennan and his lieutenants were working very closely with the Hillary Clinton campaign…..but that’s inference, or that’s analysis, that’s what we do as all-source Analysts, we looked at what Putin said to Megan Kelly, we look at other things that are on a public record…That doesn’t matter really, when we are talking about technical issues of this scope. All we know, or all we need to know is FORENSICS. Somebody did the forensics… FINALLY they got the forensics! All they really need to do is, let’s take a look at the DNC Servers, WHERE ARE THEY? dO THEY HAVE COBWEBS ON THEM? HELLO? This is really a farce, and it needs to be investigated!”

“Let me put it this way, nothing is normal in the Deep State, there are certain things you don’t ask, certain things you understand. If I were to be asked, did James Comey refuse to examine those, -he could have got a warrant, easy as pie. Did he refuse to do that, because he knew…?…….So I think he was complicit in the whole thing, that explains why he didn’t do the forensics.”