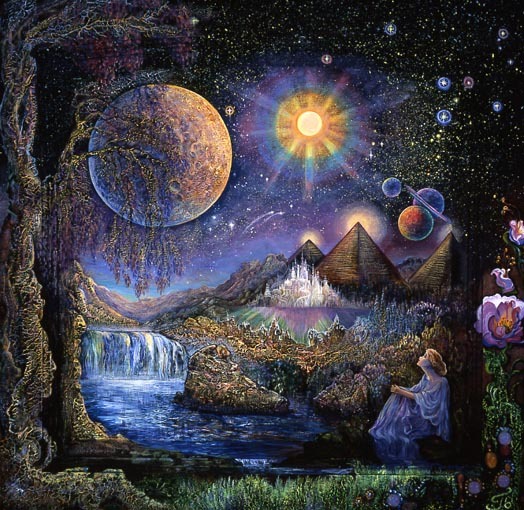 Dear readers, we meet with you in love during these times of so much seeming turmoil. Be not afraid, as all is as it needs to be for the evolution and growth of the majority. It is a time of confusion even for you who are awake, leaving many of you to question whether or not there really is an ascension process happening.

You are witnessing the baby steps of awakening for those who have up to now accepted as truth everything they were told by governments, churches, and so called experts. Inner eyes are starting to open and with it, tiny buds of awareness are beginning to unfold. Many are suddenly realizing that much of what they have accepted without question has not been for the good of the majority, but has been instead for the good of a few.

Observe the many beginning to stand up for themselves and demand answers. The Light is beginning to shine on those comfortably hidden within self serving agendas and they have no answers–the emperor (world illusion) is finally being recognized as having no clothes.

Accustomed to blind obedience, many in positions of power are not prepared for questioning nor do they feel any obligation to answer. Obedience without question is facet of old energy that is quickly dissolving in the presence of the higher frequencies of Light now bringing the truth of individual empowerment to world consciousness.

As the majority begins to recognize and claim their innate power it is creating great fear in those comfortable and profiting from the status quo. This in turn is causing them to respond with what they know, tools of the three dimensional belief system– repression, violence, and punishment.

The reclaiming of innate power is one of the first and most powerful steps of the evolutionary journey, but many as of yet do not fully understand what it is that they are beginning to feel. Since individuals can only express their current state of consciousness, you are witnessing a surge of actions that reflect concepts of resolution, some peaceful and some not.

Be not afraid dear ones, for all is as it needs to be for now. As we have said before, this does not mean that awake individuals cannot take a stand as long as actions are done with the intention of service, giving example, and unconditional love for the purpose of helping to awaken others to higher methods of resolution.

We wish to speak about love in action, love that is not simply emotion or awareness, but love expressed outwardly through words spoken or actions taken. As with all actions, intention sets the energy on which the activity flows. When unconditional love is the intention behind an action, it will always carry a high resonance regardless of how mundane it may appear to others.

There are times when stern words or actions are the only way some group or an individual can comprehend that their words or actions are not acceptable or that what they are doing is interfering with another’s freedom or good. Parents do this all the time when they discipline their children.

Sadly, not all stern action is based in unconditional love. Frequently the discipline of children, prisoners, church members, or anyone under another’s authority is not done for the good of the one being disciplined as they tell themselves, but is instead an excuse to indulge in the self-serving misuse of power.

The misuse of power is a tool used by those who unconsciously carrying energies of inadequacy and low self esteem. Exercising power over another without love, provides these dear ones with a false sense of having the strength and power all seek but which can only be found within.

Love in action means taking the time to ask yourself; “Why am I taking this action? Is it to punish or to inform? Is it to dominate, or to teach? Or is it simply because I am now choosing to express love in all my actions?”

Having experienced many lifetimes on earth, the mind and reflexes of many are still programmed until cleared, to act from fear, judgement, and criticism in unfamiliar situations. These reactions are either old energies still active in cellular memory or learned concepts from this lifetime regarding 3D rules of how everything must be in order to be right.

The gradual and ongoing evolution of mankind is easily recognized by observing how the “rules” of one generation seem old and silly to the next and then completely change. So much unnecessary suffering has taken place in the past and still does today simply because of “rules” imposed upon the un-empowered by someone in “authority” be it politicians, church leaders, parents, or adult children.

When you react negatively to some person place or event, pause and take time to ask yourselves what the reaction was about. “What am I believing that is making me feel this way? Is it true?” Negative reactions are your teachers and blessings, serving as tools to help you discover what you may still hold in your belief system, allowing you to then release and clear whatever you find.

This is a most powerful time on earth. High frequency energies of Light are streaming in and available to all. These energies affect everyone, allowing them to easily recognize everything that does not resonate with universal love. Universal consciousness is in the painful throes of birthing individual empowerment. It is being born now, today, in the world around you.

Unconditional love must be brought in to every action, no matter how seemingly mundane. Holding the door for someone while silently acknowledging that they are a divine being makes you a Lightworker and allows this simple act to carry a spiritual frequency. The same act of holding a door for someone when done from a sense of duty or concepts of separation, does not flow with the same energy but will appear the same.

Every individual is required only to live out from their highest attained state of consciousness. If a person chooses to live from a lower state of consciousness than he has attained (pretending, in order to please another), he will experience guilt and unease because he is out of sync with his inner self/SELF.

Intention- intention- intention–dear ones. In the beginning you must stay aware of the intentions behind every word and action, but there soon comes a time when this conscious effort is no longer needed because your practice has become your attained state of consciousness allowing all actions to automatically flow on streams of unconditional love.

Attaining a consciousness of the oneness of all within the ONE is the goal of the spiritual journey. Many of you are already there, and have found that you rarely react to things as you once did. You have become the way-showers and the time for way showing is very close as many rapidly become ready to be shown.

The rites and rituals of organized religions are simply tools–some effective and some not, usually created by well intentioned humans, not God, for the purpose of informing others about truth (their concept of it). Every soul reaches the point at which there is no longer any benefit to continuing organized religious practices because there has come the realization that the only real church is within. This is not to say that church activities can never again be enjoyed or shared with friends, but the belief that they are necessary is no longer there.

All organized religions begin with messages of truth received and taught by an individual who has attained a highly evolved state of consciousness. However, within a generation or two the purity of the original messages is always lost and begins to fill with falsehoods.

This happens when the purity of the original teachings are interpreted and then taught by those of a much less evolved state of consciousness. These teachers, ministers, authority figures may mean well, but because of their inability to grasp the real meanings of the deeper truths as taught by the original teacher, they teach concepts, not truth.

There are still those who need the guidance and structure of organized religion to help them learn how to behave, but every soul reaches a point where teachings presented to them by others feel old and finished–trust that feeling. Truth lies quietly within, awaiting the recognition of every person, for where else could Truth be, you being what you are–the One Divine Consciousness, all there is.

At a certain point every person must stop seeking outside of self for truth. “Truth” as taught by others can never rise higher than the attained state of consciousness of the teacher who is often well intentioned, but is still holds many third dimensional beliefs.

A true spiritual teacher always guides and teaches the student to seek within, the only place truth can be found. This is the purpose of meditation, nature, and silence–practices that quiet the mind so that the still small voice within can be heard.

The evolutionary journey is simply the process of remembering who and what you already are through experiences of separation. Every bit of realization attained must then be lived and expressed much like the fruit that seems to appear out of no where on fruit trees. If the fruit is not picked, it remains unexpressed and rots.

Allow the fruits of your awareness to abundantly flow without fear into every situation carried on streams of unconditional love.