The Small Habit That Could Save the World | Raptitude.com 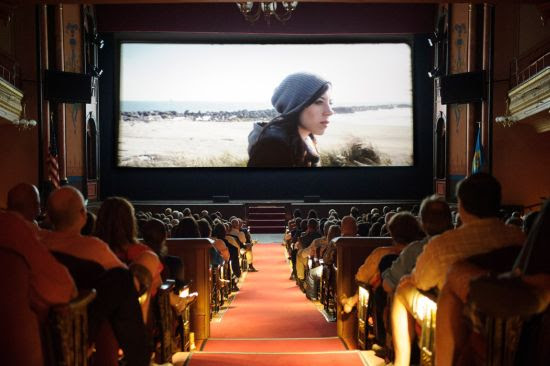 Most of us were taught as children never to talk to strangers. At face value this is bad life advice — we can never know people we never talk to. But we know it’s only meant to arm children with a basic skepticism about unknown people, so that they’re less likely to accept a ride from that rare person who really is dangerous.

It’s a crude but effective policy, something like how Wal-Mart used to pay “greeters” to stand near the entrance and tape shut any bags you’re carrying; they wanted to prevent shoplifting, so they simply treated all their customers like thieves.

Unfortunately, the word “stranger” isn’t used only between teachers and schoolchildren, it’s our normal word for referring to the overwhelming proportion of the population whom we don’t know anything about. It implies that our default view of everyday passers-by should be at least a little bit suspicious. We need a bit of evidence that they are worthy of our respect — let alone our love or caring — before we give it. We assume no obligation to feel anything for them, or to care how their lives are going.

A minority of the time, I’ll be out in public and that air of indifference won’t be there. Instead, I’ll feel an indiscriminate warmth towards my fellow citizens. There is a certain appreciation, even love, for everyone I see, without any of them showing a similar appreciation for me. Often this happens just after seeing a poignant film, or receiving some good news, or having some other experience that has temporarily dissolved that sense of unknown people being irrelevant.

It’s almost a custom in our society, to dismiss by default the idea of actually caring for people we don’t know, at least before we’ve been given a reason. Our comedy is built on this casual disdain for the other guy. We share anecdotes about “idiots” we ran into earlier. Sartre says “Hell is other people” and we nod knowingly, fully misunderstanding what he meant.

With people we already know, we can easily forgive mistakes. Strangers, however, enter our lives already under suspicion. We disqualify entire human beings from the possibility of our respect or forgiveness the moment they fail to use a turn signal, or wear a baseball cap in the wrong kind of eating establishment.

To quote humorist Jack Handey: “A man doesn’t automatically get my respect. He has to get down in the dirt and beg for it.”

In our culture, the default is to treat strangers with indifference at best. It isn’t normal, for example, to spend a moment quietly wishing your fellow bus passengers a good day at work or school. When we find ourselves in a grocery store aisle with some other human beings, we’re more likely to be annoyed by them than we are to sympathize with them.
I think we should reconsider our default attitude towards strangers. Treating an unknown person with suspicion or indifference is an act much more crude, thoughtless, and detrimental to society than parking too close to the white line, taking too long to order at Subway, or any of the other petty reasons for which we disqualify people from the possibility of our caring about them.

If you’ve experienced this “love as a default” state, it may have been only a happy accident — the glow that comes in the wake of good luck or inspiration, to be enjoyed while it lasts. But you can do it on purpose. You can decide to be loving and respectful, as a rule, to people you encounter, not because of anything they did to deserve it, but because it simply makes for a better custom than indifference does. It creates a far better personal experience for you, and undoubtedly a far better society.

I explained one way of doing this a few months ago, in an article about becoming a stranger’s secret ally. Whenever you notice yourself feeling annoyed by a stranger, decide to forgive the apparent offense, and, for the few minutes you’re in each others presence, commit to helping them if they need help. Be prepared to offer directions if they look lost, intervene if someone’s treating them unfairly, or at the very least, hope that the rest of their day goes well for them. This intention to forgive and then help — even though you will probably never need to act on it — undermines any habitual pettiness that’s present, and allows the possibility of genuine goodwill.

It’s not that we’re unable to care for strangers when we try, it’s that we don’t try, and in fact it’s taboo in our culture. We are suspicious of people who advocate loving or caring for no reason. We think of them as hippies or New-Agers, or at least hopeless idealists. The message is that love and goodwill are things to dole out stingily, for those who have proved deserving. In our culture, being indiscriminate with your love is an embarrassment.

I think this is just a cultural wrong turn, not an inevitable byproduct of modern society. We have a “You go first” idea of love. Of course, when it comes to strangers, nobody goes first. In going first, there is a fear that you will love and not be loved back, and so our profit-minded society sees it as a foolish investment.

Some psychologists suggest that our stinginess with love is a result of how we first learn about it. We begin life experiencing love only as something that is given to us. As babies our experience of love is totally one-way, always pointed towards ourselves, if anywhere.
So we begin with a total fixation on being loved, rather than seeing loving as a skill or a disposition that we could cultivate ourselves. It occurs to us only later that love can be experienced from a completely different direction, by being its giver.

As we explore this end of love, we can, but don’t always, develop a more mature view of it. We discover that we can give love too, so we learn to reciprocate: love given for love received.

But a fully mature view of love goes further, to the point where we can love without knowing whether we’ll be loved back. This is the way parents love (or should love) their children. On this end of the spectrum, love is an offering, not a bargain. Reciprocation isn’t a requirement, or even an expectation; there’s no concern about how much love is “deserved.”

The world changes tones completely when we actively view strangers this way — when we refuse to be indifferent, viewing them instead with love as a default attitude. It changes your experience of everything involving strangers: traffic, concerts, business transactions, restaurants, walks down the street, and even someone’s bad taste in clothes or lawn ornaments. The simple desire for others to have lives they enjoy sweeps away most of our everyday habitual pettiness, and leaves us feeling strangely okay with the human world as a whole.

Indifference towards strangers is conditioned into us though, and so love won’t usually be your first inclination. But it doesn’t have to be. That initial feeling of indifference, or otherness, can serve as cue to remind you to offer love instead of nothing. All you have to do is think about what the stranger next to you might be hoping for, and see if you can quietly share that hope.

That small habit is all it would take to transform the world. Even if you agree, you might still find yourself waiting for others to do it first.